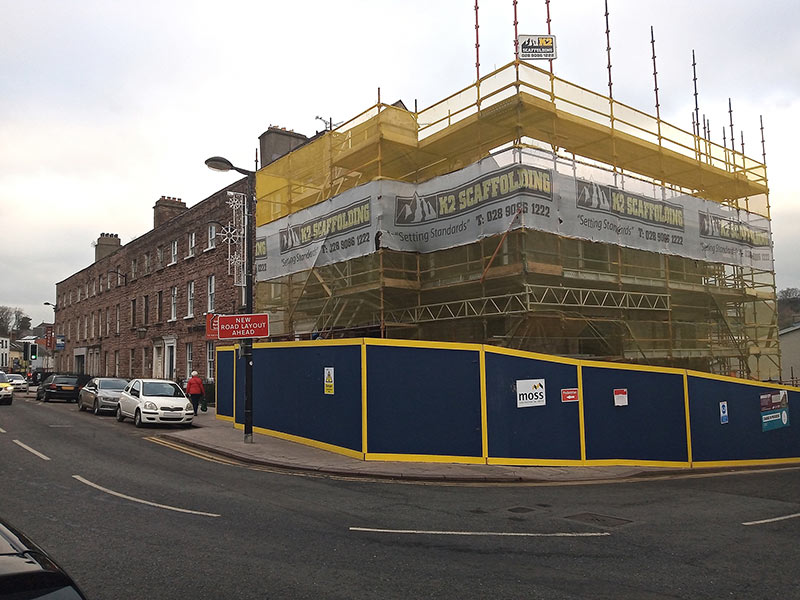 This project is developing at a great pace and greatly enhancing the street and the row of Seven Houses on Upper English Street. The video below shows progress to date on the time-lapse camera. No 43 was originally built in 1774 but after a fire it was demolished in the 1957. Now 65 years later with funding from public and private sector, the building is being raised from the ground. The Project is made possible by funding from National Lottery Heritage Fund, ABC Council as well as private investment.